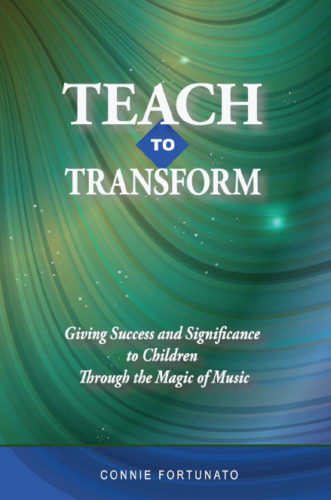 Giving Success and Significance to Children Through the Magic of Music

Connie has a passion to inspire children to dream big dreams and then work hard to achieve them. She believes that all children are talented and when involved in a dynamic and positive learning environment, can break through the limitations of a system or society that fails to “connect” with their “inner giftedness.” Her work crosses all social, economic, and religious barriers, bringing children together from all extremes to form “one big family” that works together, respects one another, and achieves astounding results that transforms children, communities, and countries.

Connie brings over four decades of teaching music and conducting choirs – along with a history of over 50,000 children (half of them being in Eastern Europe). She has published award-winning curriculum for all ages-preschool through adult, and has taught at both the graduate and undergraduate level. In 1985, she began conducting Music Camps in the United States, and founded her international children’s charity, Music Camp International in 2002.

Connie began focusing her work with orphans in Romania in 1993. Since then, her passion has led her to all regions of Ukraine, including the war zone and the major cities of Romania. She works tirelessly with children from all situations and backgrounds-including orphans, refugees, children with special needs, and children with no prior music experience. In 2014, she founded PLUS, an afterschool program of educational support and music instruction. 100 percent of her work is pro bono. In May 2014, Fortunato was named “Honorary Ambassador of Peace for Ukraine” the only non-Ukrainian to ever receive this award. Connie has trained certified teachers that have become part of her team in both countries. Her work in educational support and social transformation is a leading influence in impacting public awareness of the needs of underserved children.