The Music Camp in Iași has clearly established a leading role in our City Day Camps. This Camp is conducted through a strong partnership between the Ministry of Education, through the offices of the General Inspector and the Music Inspector Irina, Florian, and the Director of Bancila High School for the Arts. Not only have we had our largest City Day Camp here in 2012, many of the young people from Iați participate in our Easter Festival and our Young Assistants Program. Each year we have several hundred new students attend because of the enthusiasm and support of this historic city. This year in this Camp, the young people premiered the full-length version of The Heavens Are Telliing from Haydn’s Creation. They learned, memorized, and performed this great work in just five days! Watch it here: https://www.youtube.com/watch?v=lQYwUNrYVZo 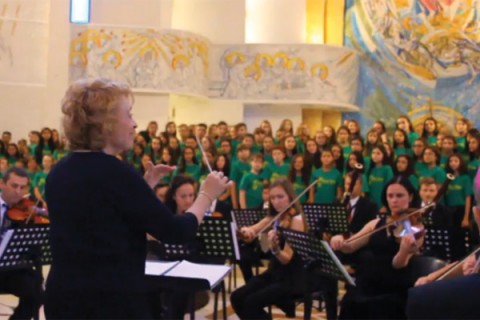 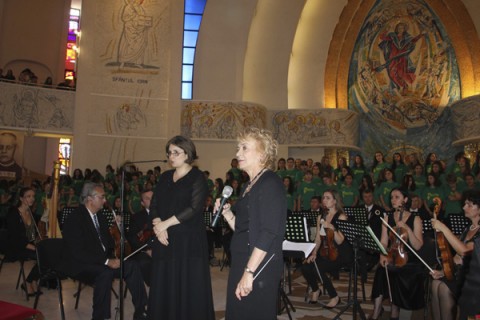 The medieval city of Sibiu was the Cultural Capital of Europe in 2009, MCI’s first year to do a Music Camp there. The Brukenthal School where we hold classes and rehearsal dates back to the 12th century. The cobblestone floor in the entrance is from its earliest days. The magnificent Catholic Cathedral in the large city square (Piata Mare) is one of the most beautiful venues in all of Europe. Children wait all year for Music Camp to return—especially those in nearby villages that have little or no opportunity to participate in musical or social activities. Many returning children auditioned for our annual Easter Festival, Easter with the Masters, and hope to attend in the Spring. Many others played an instrument for the first time. 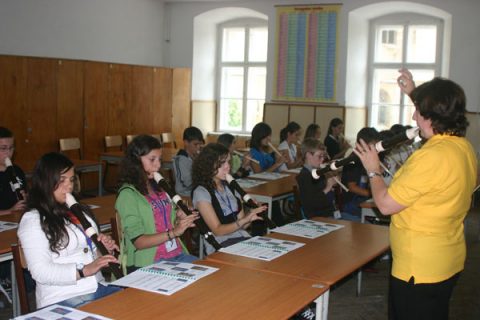 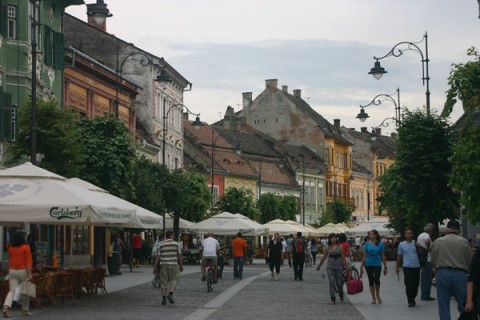 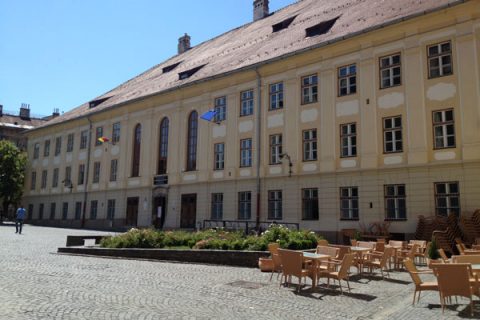 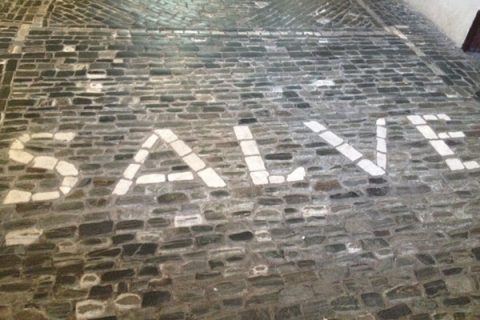 Brasov, Romania holds the distinction of being the only city in Romania where Music Camp International has conducted 10 successive Music Camps. Brasov is “home” to our national office, MCI’s Project Coordinator, Floare Stanciu, and accountant, Monica Gabor. Brasov is also home to Biserica Neagra (The Black Church), Romania’s largest and most prestigious cathedral, and the site of many of our Music Camp concerts.

This year’s concert venue was the brand new philharmonic concert hall, Sala Patria. The beautiful large stage gave lots of room for the orchestra and choir who performed to a packed house—not even standing room!

Many students who grew up in Music Camp are now university graduates and returning to volunteer and give the same opportunity to children that was given to them just a few short years ago.

Mr. Wagner, Director of the Johannes Honterus School, was awarded a beautiful trophy for his years of support and collaboration with MCI. 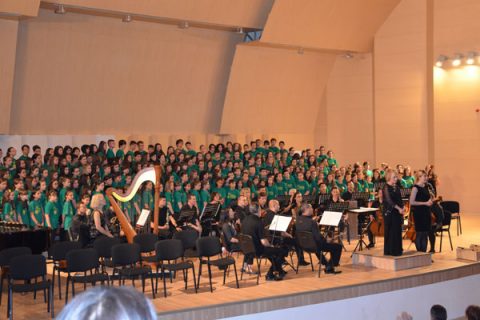 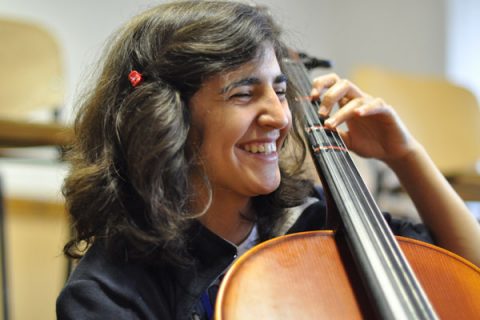 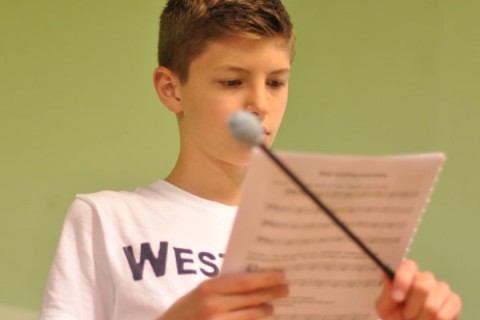 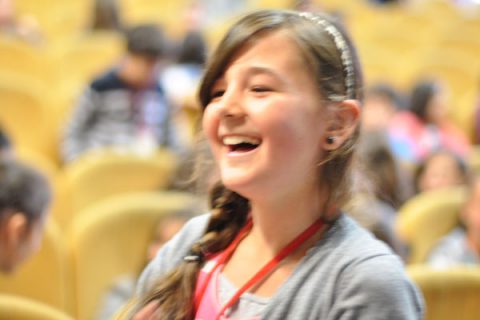 The joy of a great rehearsal

The city of Stryy is in west Ukraine—south of Lviv, and close to the border of Poland. MCI was privileged to collaborate with The Community Foundation of Stryy. Their hosting of Music Camp provided the school for the classes and small rehearsals, the conference service hall for our large daily rehearsals, daily snacks for the children, accommodations for the team, and the beautiful Culture Palace for the concert.

We also recruited a new teacher for our Orff classes and met candidates for future Teacher Training seminars. The participation of the civic and community leadership to insure the success of Music Camp for the children of Stryy, was simply beyond description. We not only became one “big team”–we became one “big family.” These children are so fortunate to grow up in a city that is intentional in devoting time, energy, and resources to bring experiences to the children that will enrich their lives forever. 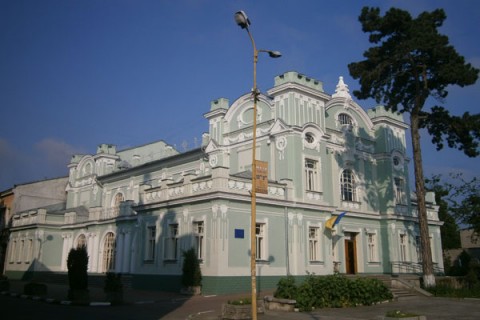 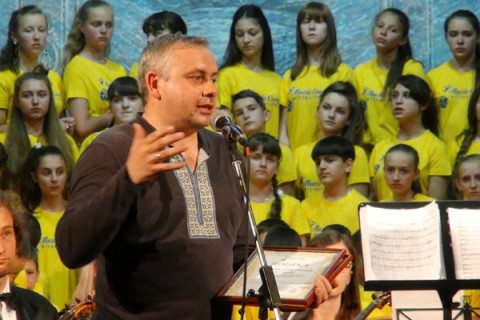 Yuri, MCI’s host for the week. His tireless dedication to the children of his city endeared him to all who worked with him 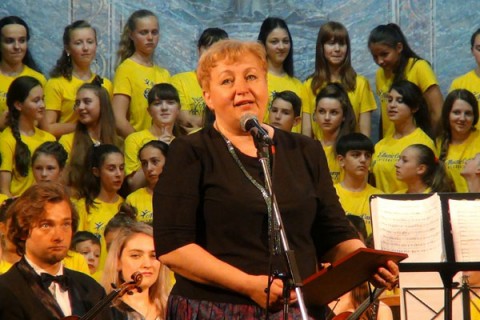 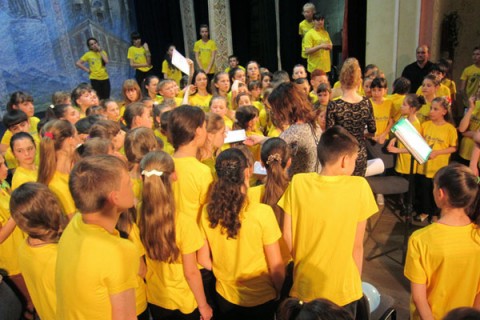 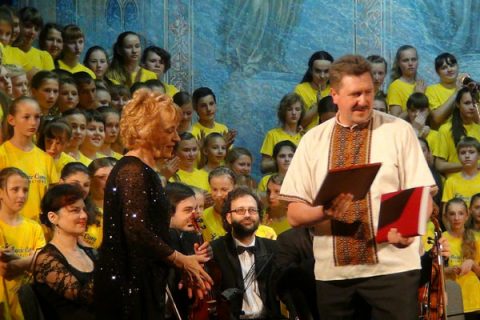 Petro Makovskyi, founder of The Community Foundation of Stryy, thanks Connie and MCI for an outstanding project

Our week in Lviv was wonderful. We collaborated with The Community Foundation who organized the Camp and helped find sponsors. The Danon Corporation provided superb daily snacks—the best yogurt around—and the kids loved it!

The Children’s Center where we held daily classes and rehearsals was within walking distance of the orphanages, and the last tram stop for the team and many other children coming from different parts of the city. One of the greatest joys was to have former music campers as part of the teaching team. These outstanding young women wanted to give hope and dignity to children just as it was given to them only a few short years ago.

Saturday, May 3, was our concert. Even in the middle of crisis and tragedy, the children brought hope and joy to the audience. Due to the events in Odessa during the preceding night, we dedicated this concert to the heroes of Ukraine, and honored them with a moment of silence.

The Zankovetska Theater was full–all the way to the 3rd balcony. At the close of the concert, Connie Fortunato, founder and director, was awarded the title of Honorary Ambassador of Peace for the country of Ukraine, and was conferred the Ambassadorial medallion and sash, by Oksana Bilozir. This is the first time in history a non-Ukrainian has been awarded this honor. The children were incredible. They are the ones who make the music. They are the true Ambassadors of Peace. 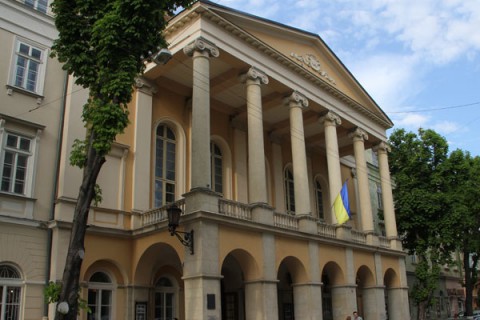 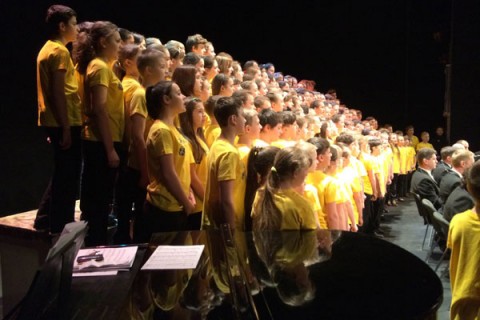 Children perform at the Zankovetska Theater 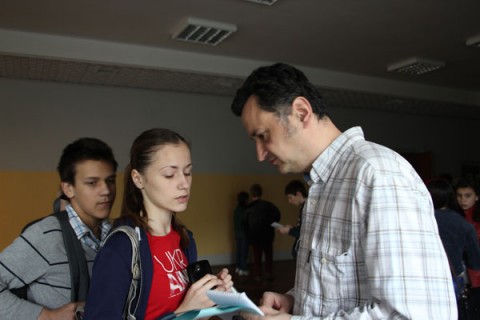 Roman, Executive Director of The Community Foundation of Lviv 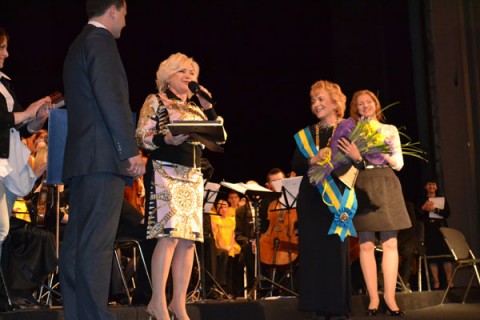 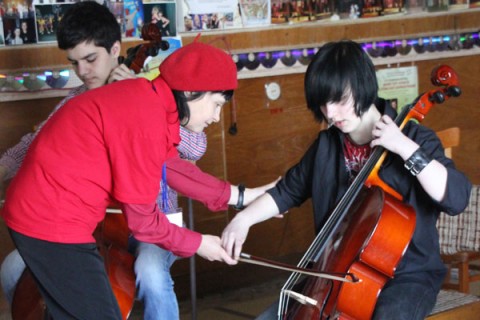 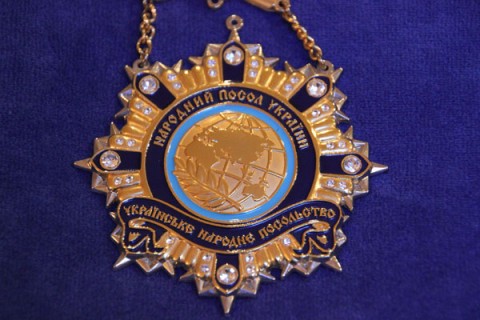 Medallion of Honorary Ambassador of Peace 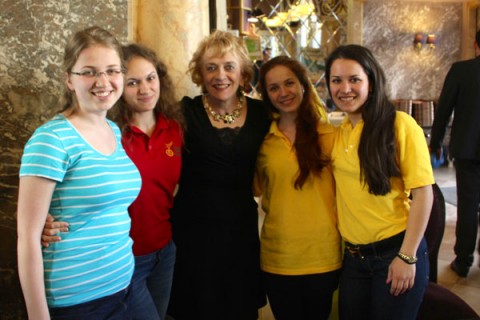 Music Camp Graduates as part of the team 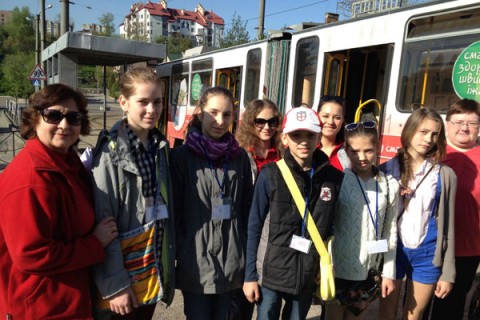 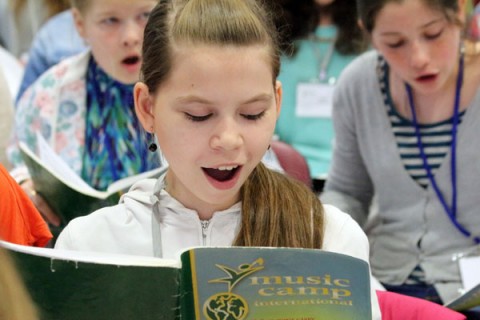 This was our first Music Camp in Irpin—a small city on the outskirts of Kiev. The city “rolled out the red carpet” by providing buses to pick up and deliver children from the nearby villages, adjust the afternoon school schedule so children could have time for lunch at home and still get to Music Camp on time, post billboards on the main roads for commuters traveling to Kiev, run electronic ads every hour on the digital billboard in the center of the town, and providing their newly renovated culture center for the concert. Since all the schools were too small to accommodate the number of children, one of the local churches opened its doors to Music Camp. Such an amazing expression of community involvement! What an incredible week! 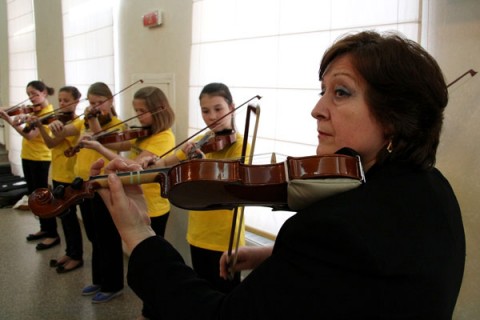 Cristina insures that her violin students are ready 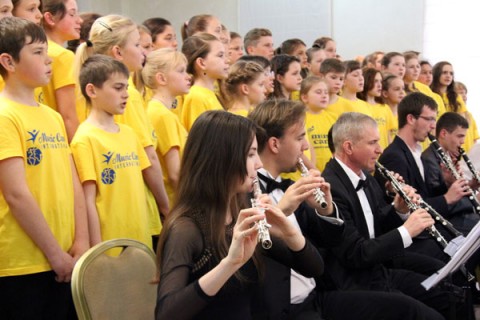 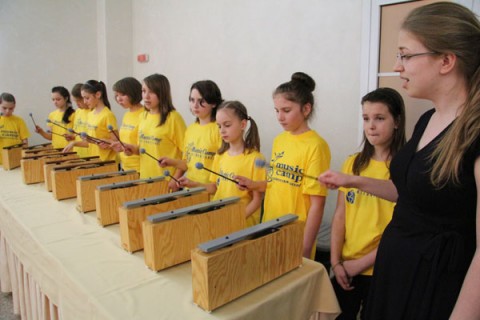 Katya insures that her orff students are ready 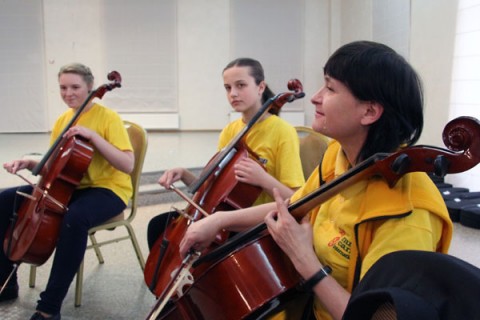 Olga insures that her cello students are ready